behind the scenes | photoshop magic

When working with small children, sometimes you just don’t get the photograph you envisioned straight out of the camera. Especially if there is more than one small child. And when there are three small children? Aged 4, 2 and 1? Well. It becomes even more of a, ummm,  let’s just call it a challenge

Recently I had the opportunity to enter into a collaboration with a new candy store that is coming to my town. If you are ever in Mooresville, NC, be sure to go check out SugarPop’s! We got together to shoot some photos that will be hung in the store when it opens in November of 2012. The photos primarily featured the three young sons of the store’s owners enjoying some of the candy that will be sold at the store. At the end of our session, we got a little silly and had the boys “tie up” mommy and daddy with multi-colored licorice laces!

I assure you that while this may sound fairly easy, trying to get all three boys (did I mention that they were young?!) to look at me and give their best evil villain faces all at the same time was just not happening. They had already consumed sugary soda, and some gum balls, and some lollipops, and were buzzing just a little bit with their sugar high. And a 1-year-old honestly does not understand what an evil villain face even is, let alone how to make one! But we kept trying, and I kept shooting, and thanks to a little photoshop magic I think we got a very fun final shot.

While I was working on editing this  particular shot, I thought “Hey! This might be a fun way to illustrate the joy of composite photos! I bet people would get a kick out of seeing this!” What is a composite photo you ask? Simply, it is taking parts of at least two different photographs and combining them into a single photo.

So, here’s the photo that I decided to use as my base picture: 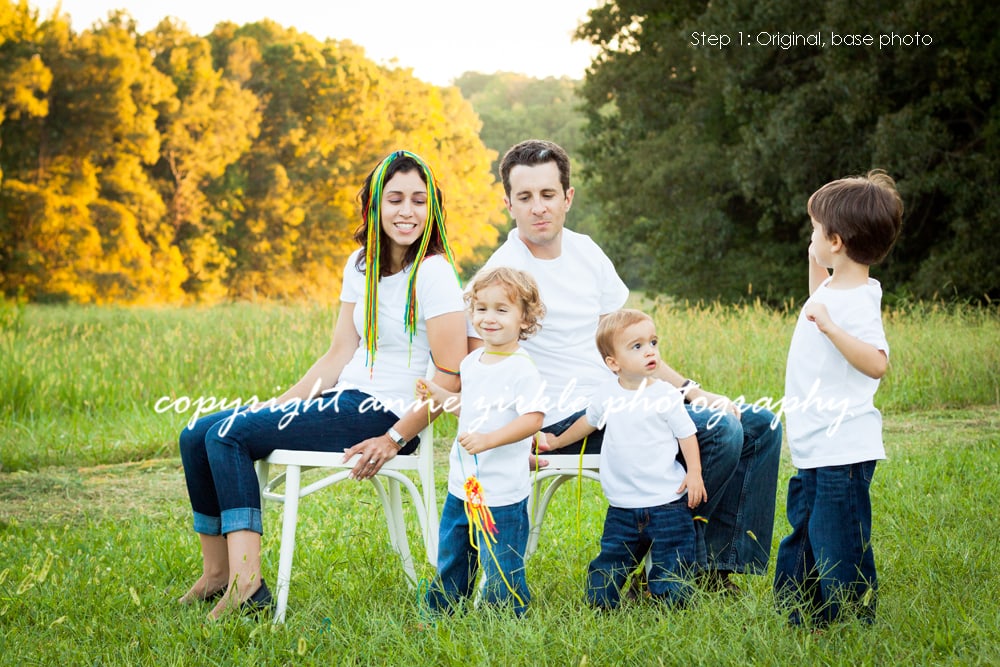 This picture worked because the dad’s expression was hilarious to me, the 2-year-old was facing the right direction, and the 1-year-old was looking at his big brother. But I didn’t like that the oldest son’s face wasn’t visible.

So I erased him. Ha! That will teach you not to look at me! 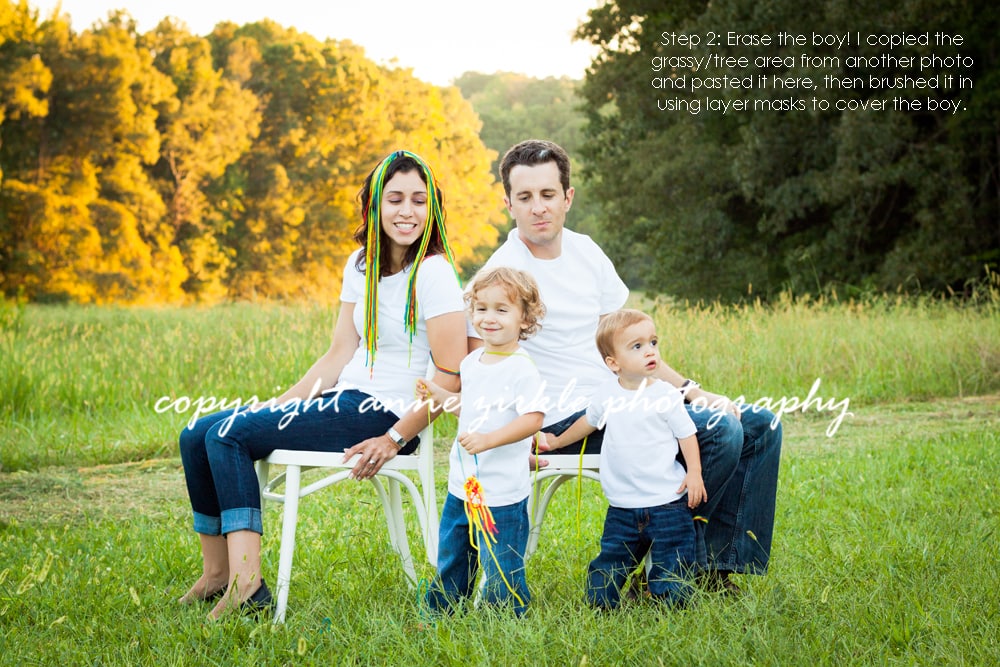 His little brother is now thinking “Hey! Where’d he go?!”

I had a great picture of the oldest brother doing a super hero/villain pose, so I copied that part into this photo. After all, he’s just too adorable to erase forever! I’m not a mobster ya know: 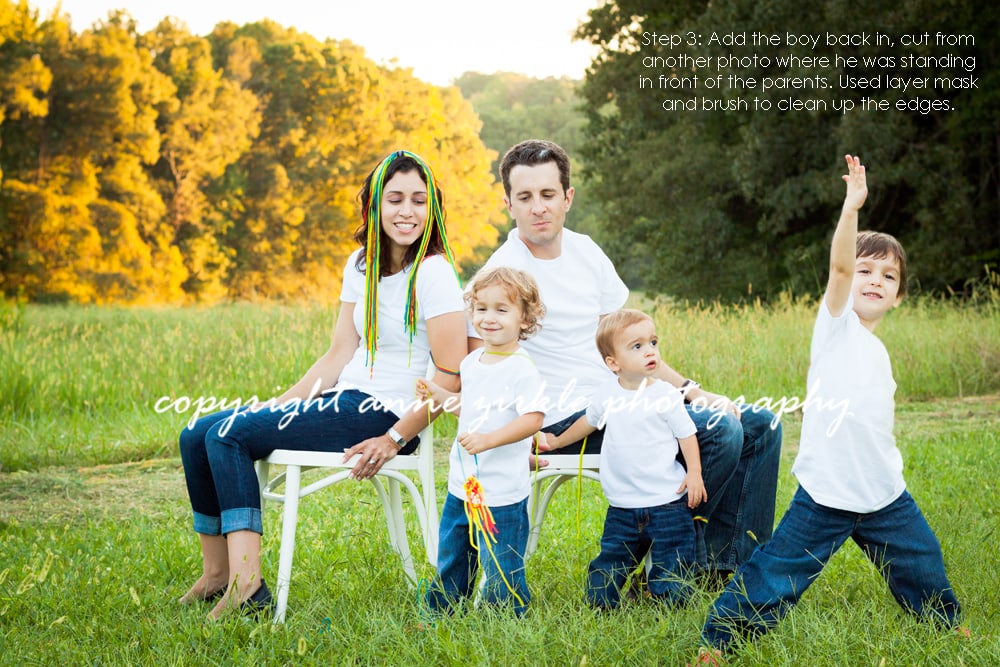 So I could have stopped here, but I had an even better facial expression for our little 2-year-old: 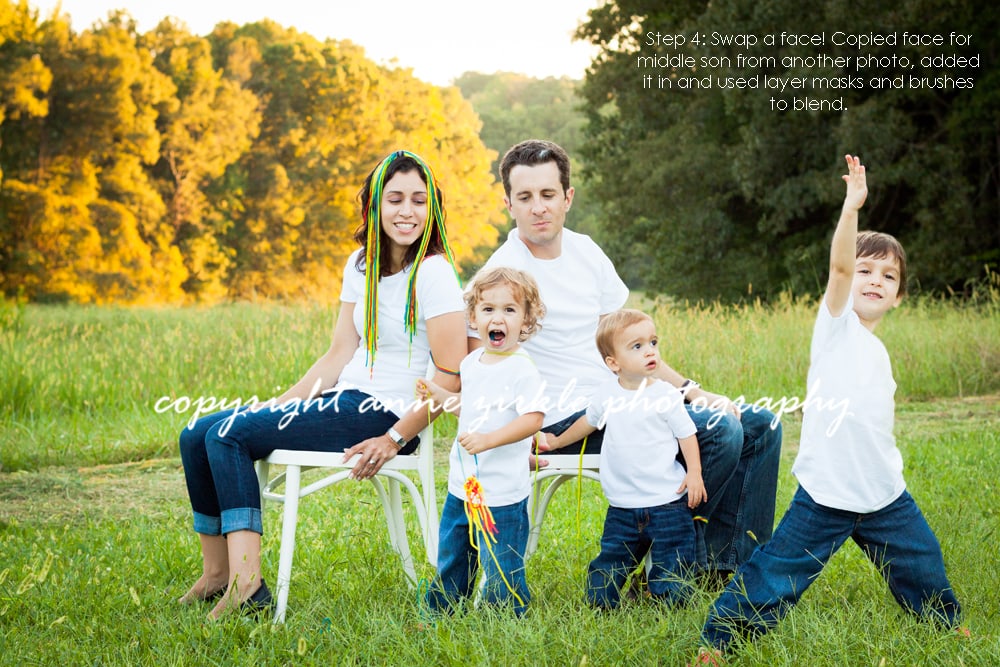 Oh yeah! Now that is looking much better! If you look really close you can see that he is supplementing his sugar buzz with a little bit of blue licorice…

I’ve just about got what I want now. But mom looked even cuter than this in yet another photo, so I decided to swap her too. Here is a glimpse at all the little pieces that are now layered on top of my base photo: 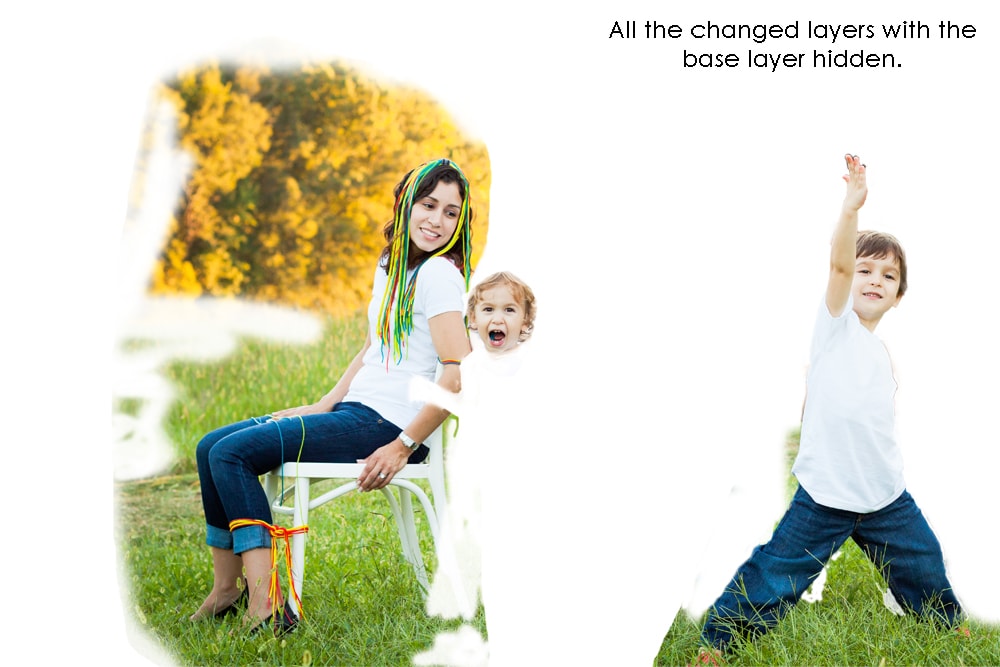 See what I mean about mom? She’s cute in every picture I took of her, but the way she is looking down at her sons in this picture, with her head sort of tilted towards her husband is better than the base photo.

And here is my final version: 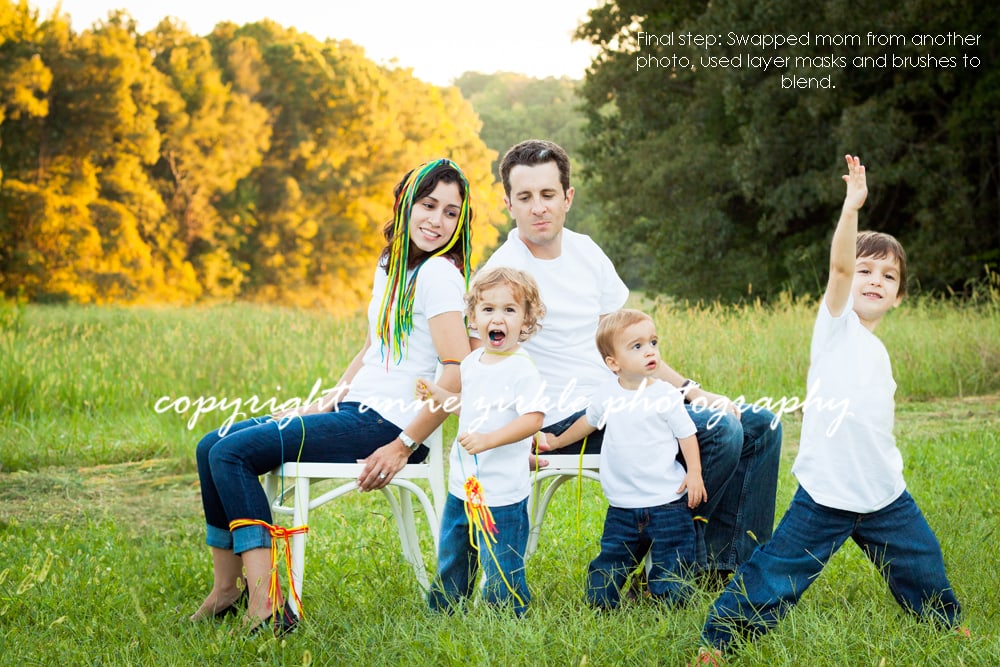 So. What do you think? I think photoshop is pretty cool. And I think that these parents are even cooler! And I think their sons will think they won the lottery for cool parents–after all, they own a CANDY store!!

I can’t wait to share more photos from our candy shop photo shoot.